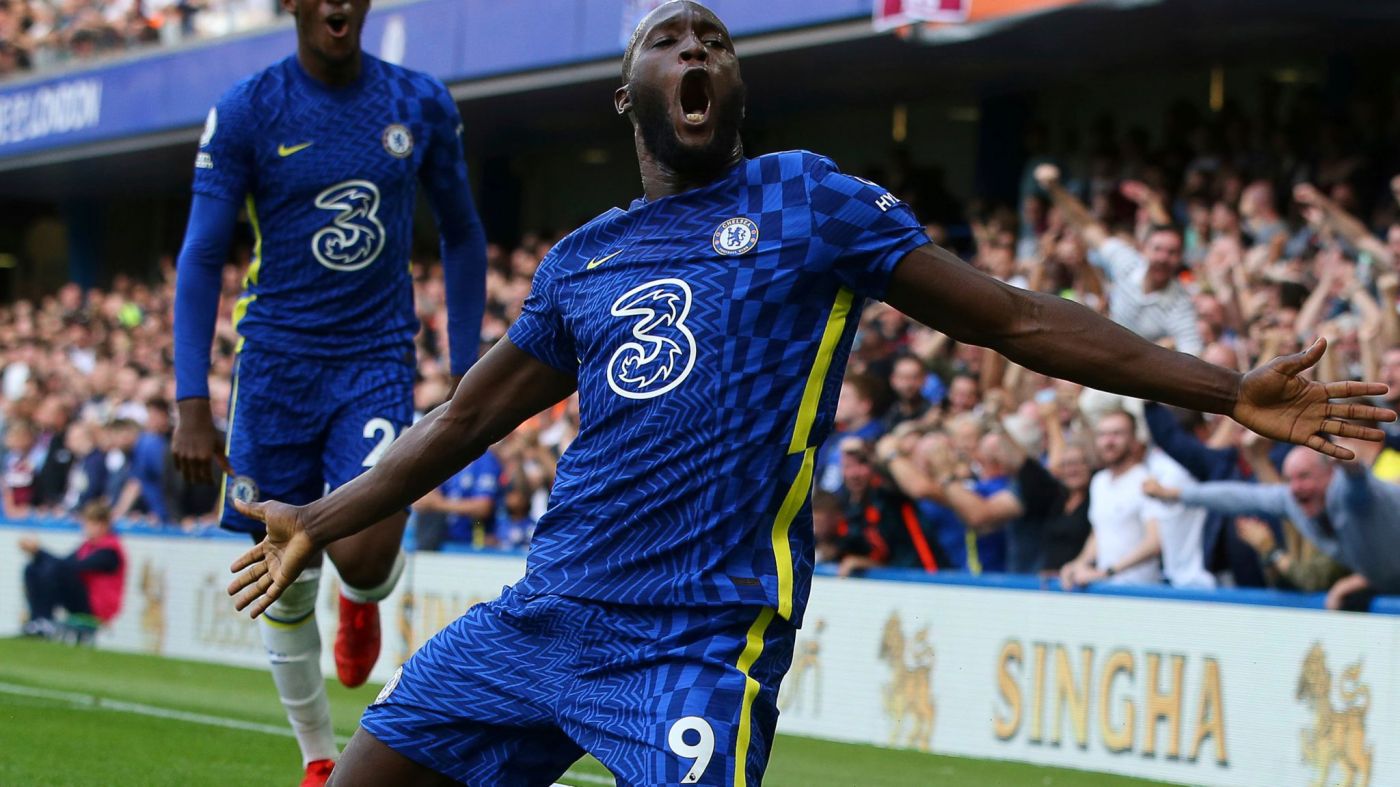 In the following article, we assess the best captaincy candidates ahead of gameweek 7 in Fantasy Premier League. We look at the underlying data that supports the best picks and the fixtures they have, with a view to deciding who is best trusted with the armband this week.

It was a good week for those that went with alternatives as Mo Salah (£12.6m) and Michail Antonio (£8.0m) both scored in their respective fixtures.

GW7 represents the next checkpoint in the FPL season, preceding an international break and is also likely to see the next wave of wildcards begin to be deployed.

With the amount of injuries and absences piling up among popular picks there is a real possibility we see some big swings in variance this weekend, nailing captaincy could set you on your way to a big green arrow.

With that said, let’s look at the GW7 captaincy candidates.

Chelsea’s new talisman has started his second spell at the club strongly, scoring three times in his opening six fixtures. Given the difficulty of the Blues’ opening run the signs are very positive indeed, Lukaku is about to embark on a far easier set of games and one should be forgiven for expecting his rate of returns to improve.

Despite back-to-back blanks Lukaku has still posed a threat in recent weeks, playing his part in a strong team performance against Tottenham before seeing a goal chalked up for offside against Man City.

Lukaku has so far averaged 0.55 expected goal (xG) per appearance, an excellent total that over a season would likely see him as one of the highest performers for the metric. According the Fantasy Football Fix algorithm has been expected to score six FPL points per appearance, effectively averaging a goal a game.

Simply put, Lukaku has posted top draw numbers despite the difficulty of his side’s fixtures and should he carry a similar level of performance into the easier run it is very likely he will prove to be one of the go to captaincy picks for a while.

As for GW7, Southampton have potential to prove a tough nut to crack, having already held Man Utd, West Ham, Man City and Wolves to a combined two goals, impressive given all four sides rank in the top five for xG so far.

In fact, if you include Everton and Newcastle then Saints have faced six of the top nine teams for xG, a very stern test for any defence. Despite this, Southampton have recorded a mid-table expected goals conceded (xGC) total of 7.38, conceding seven.

The South-coast side a tracking exactly with their xGC, a positive sign for anyone looking to invest in their defence during an easier run as it suggests they will be easier to predict.

Many have pointed towards Raul Jimenez’s (£7.5m) goal as a sign of where Lukaku may do similarly well, it is worth noting that Saints have only conceded 18 chances through the middle (joint fifth best) but have still given up six of their seven goals conceded from central areas.

While not an area Saints allow to be overloaded, it is an area where they seem to struggle to contain the chances that do slip through. The way Jimenez was afforded space to run and shrug off his marker bore eerie similarities to a goal Lukaku scored against Aston Villa earlier in the season.

Chelsea are only upper mid-table for a number of the attacking metrics, in part due to their tough start. I wouldn’t let this and Southampton’s deceptively good defence put you off captaining Lukaku though.

Chelsea have already scored three goals twice at home, to the statistically more stubborn Crystal Palace and Aston Villa, while Southampton have conceded two or more in two of their three away games.

Given the strength of Lukaku’s data and the apparent strong home attack versus weak away defence scenario, the Belgian makes an ideal captain for GW7.

The five time Ballon d’Or winner had long been earmarked as the standout captain for GW7, however the mood appears to have shifted following his side’s lackluster defeat to Aston Villa.

Indeed, the FPL Connect captaincy poll now shows a reasonable swing towards Lukaku, perhaps boosted by the increase in popularity of the GW7 wildcard.

One blank shouldn’t be enough to change our thinking, after all Lukaku has failed to score in his last two appearances (albeit in tougher games). Ronaldo has score five goals in five appearances in all competitions so far, about as good a start as you could ask from any new signing, we shouldn’t write him off so quickly.

The Portuguese has averaged a staggering 1.15 xG per appearance so far, no player is averaging more shots per game and only Mo Salah is having more on target per match.

Ronaldo is a colossus, a stats monster, he is so completely driven by his appetite to score goals, the perfect attribute for an FPL captain.

We can all be forgiven for losing a little trust in Man Utd, they have failed to impress in a number of games this season despite picking up good results and the performance against Villa was a worrying call back to the days early in Ole Gunnar Solskjaer’s reign.

To give Utd credit their attack has posted impressive numbers. They have the fourth highest xG, third most big chances and shots in the box, and are creating a chance every 5.3 minutes (2 minutes more often than Chelsea). Even if we remove their opening day 5-1 win against Leeds the Reds are still in the top three for each of the aforementioned metrics.

To write Utd and Ronaldo off after one poor result is a significant risk, they are an attack that are still having no problem creating quality chances in most games.

Everton pose a similar problem to Utd as Southampton do to Chelsea, the data suggests they are not a particularly obliging defence.

The Toffees are the third best side for shots in the box and big chances conceded, they are also the second best side for xGC. Perhaps the pre-season predictions that Rafa Benitez would inject some much needed pragmatism are proving correct?

It must be said that Everton have had a far easier ride than most fixtures-wise, with all of their opponents ranking in the bottom half for xG so far. In fact, four of their six opponents (Brighton, Aston Villa, Burnley, Norwich) are in the bottom five for open play xG. It is fair to argue that Everton are yet to face a significant test to their defence.

Of course, there is no guarantee that Everton are suddenly cut apart by a better side, but we have to take their strong underlying stats with a pinch of salt. The trouble is by captaining Ronaldo you are making an assumption that strong underlying attacking data trumps defensive data, it is an assumption that could definitely prove correct but it is dangerous to assume Everton won’t be able to keep it up.

The possible absence of Luke Shaw (£5.4m) could prove critical. The left-back has averaged seven crosses per appearance, one of the league’s highest totals, and his willingness to put the ball into the box greatly plays into Ronaldo’s hands.

Consider also that Everton concede around 40% more crosses down their right than their left, if Shaw does miss out then it may leave Utd unable to capitalise on a noticeably weak point in the Toffees’ armour.

On the strength of his own data and his team’s attacking output Ronaldo makes a very strong case for the captaincy this week, the main nagging concern is whether a depleted Utd will be able to breakdown an Everton who so far have looked resilient.

Michail Antonio is the clear standout from the remaining options. The West Ham forward continues to post exceptional numbers and tracks very closely to Ronaldo for per appearance data. West Ham do face a Brentford side who have posted some surprisingly good defensive stats, at first glance it doesn’t look an ideal fixture to target.

However, Brentford have struggled to keep stronger sides, with Arsenal registering a gameweek high number of shots in GW1 and Liverpool found the net three times last week. Brentford are not a side who sit back, they look to win games and as such there is potential for a very open game against a similarly ambitious West Ham outfit.

The Hammers have excelled in finding a way to provide service for their star man and despite Brentford’s potential solidity it is unlikely that they will be able to completely stifle Antonio. Given his form and continual underlying numbers it could once again prove shrewd to captain the Jamaican.

Outside of that things start to get a little more maverick. Ismaila Sarr (£6.3m) and Raphinha (£6.5m) play in each other, in a clash that has the potential to be a goal fest given their respective side’s recent defensive struggles and speed on the counter.

Like many of you, I don’t feel like I can completely read Leeds yet this season. They’ve shown a type of inconsistency in attack that we simply didn’t see last season and while they continue to struggle with injuries it is hard to predict exactly what will see each week.

Sarr has posted some excellent recent numbers, Watford are also the sixth best side for xG since their fixtures turned for the better. It could again prove to be wise in backing an in-form player, although Sarr carries far less certainty than Antonio.

It is incredibly close between Lukaku and Ronaldo, with the Belgian closing the gap in ownership it is possible their effective ownership (EO) totals will be quite close given Lukaku appears to be favoured for the armband by most.

Both their opponents have the data to suggest that they could make things difficult, with Southampton perhaps having proved their strength at a higher level than Everton have so far. Utd are statistically the stronger attack and Ronaldo is posting better stats, it is hard to overlook him despite the poor showing in GW6.

I think it is a case of hold who you have, with it so close there is little value in using a transfer to swap between them.

Overall, I would place Ronaldo marginally ahead based on the strength of his individual and team data. If Luke Shaw is ruled out then I would give the edge to Lukaku as Utd would be without one of their chief creators and the key to exploiting Everton’s weakest area.

Antonio rounds off the best of the rest, with it being so tight between the top two candidates it could be a week where a differential pick wins out. There is a lot to gain but equally a lot to lose by picking outside of Ronaldo or Lukaku.