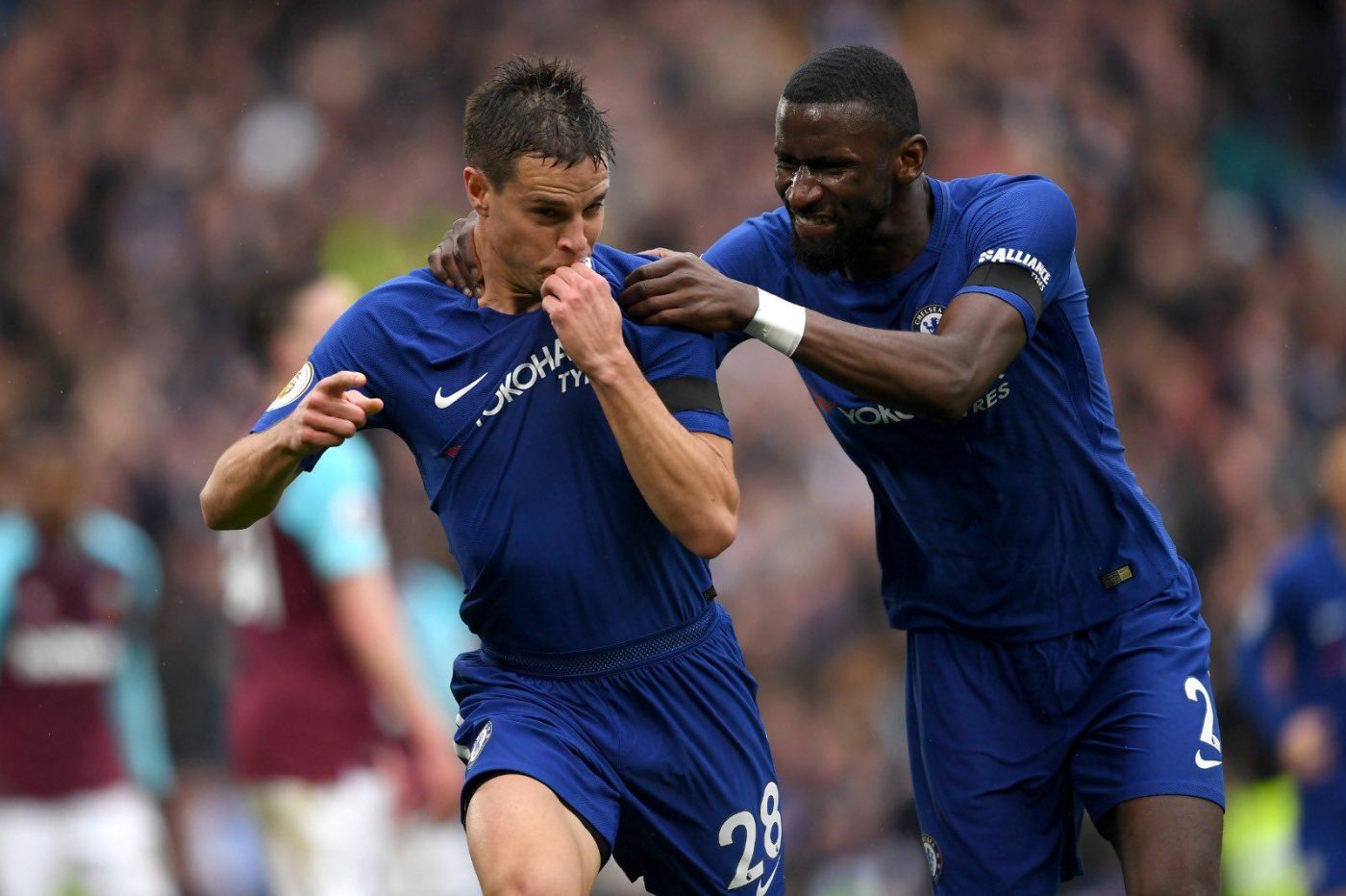 In this article, FPL James takes you through three potential methods for making up ground in FPL for the final 10 GWs, to achieve the best possible overall rank and mini-league position.

Many FPL managers have had stuttering seasons and will need to make up ground quickly in order to finish the season with an overall rank they are happy with, or to win their mini-leagues.

However, in a season where the so-called “template” has performed well for the majority of the season, it has been hard to differentiate and get ahead of the pack. In this article, I will look at a few ways that you can get ahead of your rivals in the final 10 GWs.

Their impressive defensive numbers are no fluke. Since Tuchel took the reigns at Stamford Bridge, Chelsea have the lowest xGC (expected goals conceded) in the league by some distance. They have also conceded the fewest shots in the box (34), shots on target (20) and big chances conceded (5) in the league.

Tuchel has switched between a 3 at the back system and a 4 at the back so far, but I think the 3 at the back system suits Chelsea and FPL managers more. Having 3 centre-backs allows Chelsea to press very high up the pitch and enables Antonio Rudiger to get tight to his man and defend aggressively, which is an area he excels in. It also means that Chelsea’s wing-backs are free to push high up the pitch, which significantly boosts their attacking potential.

The tricky thing for FPL managers is working out which defenders are nailed under a manager that is prone to rotation. You would expect Edouard Mendy (£5.1m) to be pretty safe between the sticks, although he was unexpectedly rotated with Kepa for the game against Newcastle in GW24.

Cesar Azpilicueta (£5.8m) has played every minute under Tuchel so far so looks a safe bet, although he could be due for a rest with the return of Thiago Silva (£5.6m) imminent. Antonio Rudiger (£4.6m) was given his rest in GW27 against Everton and has played every other minute under Tuchel so far. He is the cheapest route into the Chelsea defence and looks a very attractive proposition from GW30 onwards.

The beauty of the Chelsea defence for FPL managers is that they’re about to embark on a mouth-watering run of fixtures. After their blank in GW29, they face West Brom (H), Crystal Palace (A), Brighton (H), West Ham (A) and Fulham (H). Whilst it could be argued that West Ham and Fulham are trickier games, the first 3 look very good from a defensive perspective.

These fixtures come at a perfect time for managers deploying their wildcard in GW30 or 31. If you are one of those managers, I would be very inclined to go with 3 Chelsea defenders as it will be very difficult for your rivals to get them in for the first two fixtures without taking hits, considering most managers will use transfers to get as close to 11 players as possible for BGW29. The data suggests that their excellent defensive record is sustainable.

I am likely to wildcard in GW30 and will probably select Mendy, Azpilicueta and Rudiger as they are the safest 3 options and provide bonus points and small attacking potential. I am prepared for a bit of rotation due to Chelsea’s progress in the Champions League, but their place in the top 4 is far from guaranteed so this shouldn’t impact our FPL teams too much.

Manchester City have been streets ahead of the rest of the league this season and deservedly sit 14 points clear at the top of the Premier League. The title is virtually sewn up, but City still face the tantalising prospect of winning a quadruple, which would include the Champions League that has evaded them thus far.

Pep Guardiola is renowned for rotating his team anyway, but you would expect more of it to come given that the league will soon be rendered meaningless to City. Their fixture run is far from appealing anyway, with Leicester, Aston Villa and Leeds sandwiched between 2 blank gameweeks. For many FPL managers, this is a perfect time to get rid of Manchester City assets in favour of differentials that will play more over the next 5 gameweeks.

I don’t think I will keep any Manchester City players on my wildcard. Joao Cancelo, for example, can be swapped for Kieran Tierney, who has 2 more fixtures in the next 5 gameweeks, is less prone to rotation and is explosive in his own right. Many managers might get rid of one City player this week, but probably won’t go further than that before GW33.

I would argue that this provides chasers with an opportunity to get ahead of the crowd, before having the option of transferring them back in for an inevitable double gameweek.

As City progress further in cup competitions, there may be opportunities to pick up players that don’t get many minutes in important games. Players like Ferran Torres and Benjamin Mendy are explosive assets that are likely to be used more once the league is won, so don’t be afraid to take a punt on them if you have a strong feeling they will start a game and the fixture is appropriate.

Captaincy is perhaps the simplest way to make up ground in FPL. Most weeks there is a clear winner in captaincy polls and you know who will be the most captained player before the gameweek deadline.

If you have the nerve to bet against the crowd and captain someone else, you enter a risk vs. reward situation. If the highly captained player blanks and yours returns, you gain 8+ points on the crowd instantly. On the flip side of course, if the most captained player scores well and yours blanks, the negative impact on your rank can be catastrophic.

In the last 10 GWs there will be viable opportunities to differentiate from the crowd and make big gains. The difficult part is to know when there is an opportunity to be different and know when the most captained player is the “template” captain for a reason – because he is the best pick.

For example, I imagine that Harry Kane will easily be the most captained player in BGW29, even though an out of form Spurs team have a difficult trip to Aston Villa. This provides chasers with an opportunity to captain someone else if they feel that Kane is only being captained because people will be scared to bet against his massive effective ownership.

If you differentiate and hand the armband to an explosive player like Pierre-Emerick Aubameyang instead, you are giving yourself an opportunity to make big gains on the crowd. It is a big risk, but at some point in the season you need to take these risks if you want to climb the ranks from a low starting position.

It’s important to note that you should captain the player you expect to score the most points every week, but towards the end of the season ownership shouldn’t be discarded. If you are chasing the herd and you are 50-50 between two players or even 55-45 in favour of the higher owned player, I would take the risk and captain the lower owned differential player, especially if you are chasing a mini league rival that you know will captain the higher owned player.

In other weeks, it won’t feel like so much of a risk. In GW31, Arsenal travel to Sheffield United whilst the rest of the so called “big clubs” face trickier fixtures (apart from Man City against Leeds). On paper, Aubameyang looks like one of the standout captaincy options, but he is unlikely to be owned by many, let alone captained. If you transfer him in and hand him the armband, you could see your rank soar. There will be numerous of these opportunities between now and the end of the season.

You don’t have to do this every week. As I stated earlier, some weeks the captaincy poll is a landslide because there is a logical choice, supported by data. My advice to anyone, particularly rank chasers, is trust your gut as long as your decision is logical and don’t be afraid of effective ownership.