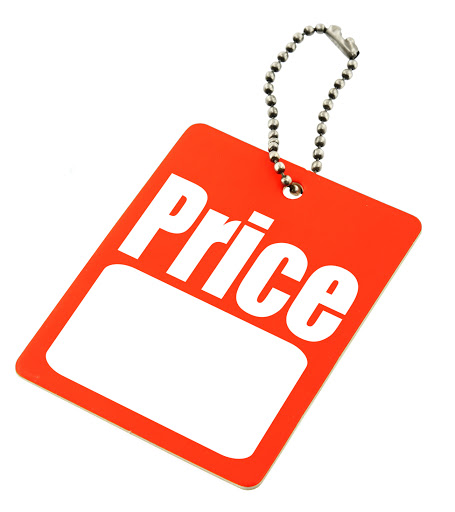 Double Gameweek 19 has proven to be a frustrating one for many FPL managers on a number of different levels.

Key FPL assets including Mohammed Salah, Marcus Rashford, Joao Cancelo, Sam Johnstone and Reece James were either rested, not risked or fell foul of COVID-19, minimising their contributions. Significantly, the second set of fixtures of the gameweek saw injuries to ‘premium’ FPL assets Kevin De Bruyne and Jamie Vardy. FPL Managers are likely pulling their hair out and reaching for the Wildcard button in equal measure.

It feels like a pivotal point in the season, not just because we are now half way through. The gameweeks come thick and fast over the coming weeks and whilst the chaos of the blank and double gameweeks are behind us, for the time being a lot of teams will remain in flux.

Whether you are ready to Wildcard right now or trying to hold off until the fixture pattern becomes clearer, one thing that is becoming evident is this – pounds do not necessarily translate into points at the moment.

Price points are a distraction!

In attack Pierre-Emerick Aubamayang and Timo Werner have struggled all season, and Raheem Sterling and Sadio Mane have been sporadic at best but very inconsistent. Even Marcus Rashford and Heung-Min Son, whilst both in the Top 6 Midfield scorers all season, are struggling as of late.

Liverpool and Chelsea’s poor run of form mean that it’s not only premium attacking options underwhelming Managers at the minute, with Andy Robertson, Trent Alexander Arnold and Ben Chilwell all no longer considered the automatic picks they were at various points earlier in the season.

Despite all of this, as FPL managers we feel the burning need to maximise our outlay and spend as near to our budget as possible? We are afraid of leaving money in the bank!

Do we really still consider pricing decisions made 7 months ago as a reliable predictor of performance? Or is it more to do with not feeling we are getting full value from the game if we don’t spend all of our funds? Whatever the reason, it is potentially harming our performance and by now, we really should be ignoring how much a player costs when we decide who to bring in.

If we are ignoring price who should we be considering?

It’s long been understood that opting for expensive goalkeepers in FPL tends to be suboptimal. They tend to have lower workload/less save points, and are much less likely to gain Bonus Points when keeping a clean sheet.

Emilio Martinez has been a revelation at Aston Villa this year and that seems unlikely to change in the coming weeks. After Newcastle they go to Burnley and Southampton before hosting West Ham, none of which jump out as potential goal fests. He’s owned by nearly 32% of all Managers though proving that we have learned to avoid price tags in some areas.

Even with all of Man City’s clean sheets of late, Ederson is still only third in the form stats behind Bernd Leno, who has kept 4 clean sheets in a row and Vincente Guaita who has 2 clean sheets and 6 Bonus Points in his last 4 games. Both are significantly cheaper than Ederson.

The way Liverpool’s full backs played the 2 last years, and at times Ben Chilwell earlier this year it was like having a 6th and or 7th Midfielder in your team. That coupled with their increased chances of a clean sheet made them obvious picks.

As the season has progressed, their attacking returns have dried up and the chances of a clean sheet have dramatically reduced of late with both teams suffering a poor run. That form may return but for the time being there seems to be plenty of consistency elsewhere.

Manchester City are clean sheet machines and recent attacking returns from John Stones, Ruben Dias and Kyle Walker make them obvious choices. That said, Dias is the only defender in the top 10 on form who would have been considered a premium defender at the start of the season (had he been available from the start).

Both Arsenal and West Ham offer defenders in great form, with better than average fixtures over the next 5 weeks. James Justin continues to impress at both ends of the pitch for Leicester.

Leicester are flying at the moment. They have been ruthless on the counter away from home this season and travel to Everton, Fulham and Wolves in their next 4 games with a home tie against the second worst defence in the League in Leeds.

English duo Harvey Barnes and James Maddison are averaging 6.4 and 6.2 points per game respectively over their last 4 games, and with Vardy sidelined for at least a couple of these Brendan Rogers will be looking to these 2 to continue their attacking returns.

With De Bruyne out Pep Guardiola has less scope to rotate his options in Midfield. Ilkay Gundogan has 5 goals in his last 7 games and is likely to take the spot kicks in the Belgian’s absence, whilst Phil Foden has 2 goals and an assist in his last 4 games. They’ve also shared 12 Bonus Points in their last 5 games. Trips to West Brom, Burnley and the visit of Sheffield United before De Bruyne returns are likely to provide great opportunities to add to these tallies.

Paul Pogba looks totally rejeuvenated at Manchester United with 2 goals and an assist in his last 4 games and they have attractive fixtures with Sheffield United, Arsenal, Southampton and Everton to look forward to making him a potential differential right now.

Selecting the right forwards is not an easy task recently. Harry Kane has been a model of consistency this year and with Vardy injured his ownership is only going to increase. Who to put alongside him is open to debate.

Dominic Calvert- Lewin has had an incredible year but is on his way back from injury and will likely be eased back in. The goals have dried up for Patrick Bamford and with Newcastle really struggling Callum Wilson’s opportunities are getting fewer and farther between.

Ollie Watkins and Che Adams haven’t returned in their last 4 games and the fact that Neil Maupay is the third most in form striker tells us where we are. Michail Antonio was a huge success for managers who placed their faith in him for Gameweek 19 and will pick up more admirers because of that.

Anthony Martial and Edinson Cavani are in rotation at Manchester United and Danny Ings is missing another game for Southampton this Gameweek. The fact that Keinan Davis is owned by nearly 10% of Managers having played 47 minutes of Football all season is another indicator that there is very little appeal for three striker formations.

The purpose of this article is to hopefully encourage you to make transfers irrespective of price. If the best option leaves you with lots of funds in the bank, do not be afraid of that. Price is no longer a guarantee of scoring potential, especially so in recent weeks.

Perhaps instead of swapping your fallen premium midfielder for the next available in a similar price range, forget about their price and look at current form and upcoming fixtures, regardless of how highly they were priced in July last year.

You never know, you might then be able to afford someone better than Keinan Davies for your 3rd striker!