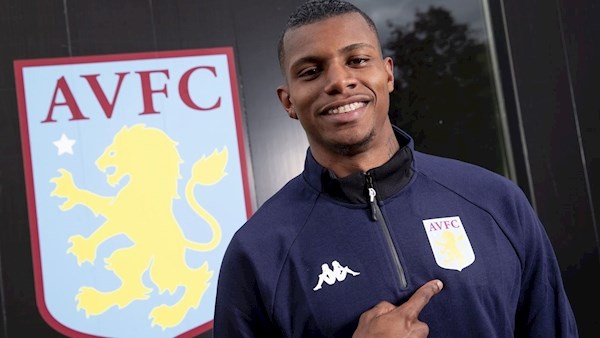 Aston Villa forked out a club-record fee of £22 million for 22-year-old striker Wesley, who rose to prominence with Club Brugge of Belgium.

Those at the club clearly think his performances warrant the somewhat inflated price tag, but will he be worth the £6 million for your FPL teams? Here’s the lowdown…

Given the fee, Wesley’s statistics from last season could be seen as somewhat underwhelming.

The Brazilian notched 17 goals in all competitions last season, having made a total of 48 appearances, which works out at an average of just over 0.35 goals a game.

To put it into context, he was out-scored in the league phase of the Pro League last season by the Belgian midfielder Hans Vanaken, who is now one of his former team-mates.

On the face of it, these statistics don’t exactly make good reading for Villa fans. However, in Wesley’s case, with more experience comes more goals, especially in the league, where his returns have been slowly improving.

Of course, he won’t have the same kind of time to adapt to his new surroundings, but the West Midlands club will be hoping he kicks into his goal-scoring stride, just as the outgoing Tammy Abraham did in the Championship last season.

Another thing that Wesley does have on his side is experience in European competitions. Since his arrival at Club Brugge, the Belgian outfit have qualified for the Champions League in 2 separate seasons.

His first European campaign, in the 2016/17 season, was heavily marred by an injury, and he played a full 90 minutes only once as the Blauw-Zwart were dumped out of Leicester City’s group.

The second time around, which was last season, went slightly better, with Wesley scoring home and away against Monaco in the Champions League, and in the home leg of their Europa League tie against Salzburg.

Admittedly, Villa probably won’t need this European experience, but it is clear that they needed experience at the top level, and this is what they have got in Wesley. It seems that he has been brought in as a direct replacement for Tammy Abraham, but his strength and hold-up play have already earned him comparisons with former Villa man Christian Benteke.

Even Wesley himself has said, in an interview, that he will bring “a lot of power and a lot of quality” to the Championship Play-Off winners.

So the big question… Is he worth it in FPL?

It usually goes without saying that promoted sides can be a bit of a minefield in FPL, but with the lack of solid, lower-priced strikers thus far, this one might be worth the gamble.

He will end up setting you back £6 million, but the promise of what he could bring can justify this.

Firstly, unless there is a serious downturn in his form, it’s more than likely that he will start every game.

The first of those games is away at Tottenham, however this is followed by 4 rather enticing games; Bournemouth (h), Everton (h), Crystal Palace (a), West Ham (h). With 3 out of 4 home games, all of which rated 3 on the FDR, this could be a chance for Wesley, and Aston Villa, to gather some momentum and goal-scoring form.

Another thing he can bring to Aston Villa is assists, which can go alongside his goals.

This is something which he brought into his game much more last season, as he notched 9 of them in the Pro League. This is mainly as a result of his physicality and presence; this can often draw out central defenders, leading to a chance for him to feed in a runner.

Tammy Abraham didn’t show his creative side as much last season, as he only notched 3 assists. There again, after having scored 25 goals, I don’t think Villa fans are complaining at that.

It’s almost improbable the Wesley will come into Aston Villa and have the same impact as Tammy Abraham did last season however, it seems that he possesses a skill set which is just right for the Premier League.

At 22 years old, there’s still a lot more potential for Villa to squeeze out of their new club-record signing. Of course, bringing in a player new to the league is a risk, but even if he’s not in your squad for the GW1, Wesley should definitely be one to keep an eye on.